John A. Ruthven - A National Treasure


We first met John at his 90th Birthday party at his studio in Georgetown, Ohio. He is such a gracious man and tells wonderful stories. He was telling about painting his “Martha” tribute on the side of a building on Vine Street in Cincinnati, Ohio. He painted Martha in two weeks while other artists painted the rest of a copy of his original work.  It is quite impressive to see. He had us all laughing and you can hear him yourself on Youtube. https://youtu.be/CR6vdTjx9fY

John’s hero is John James Audubon. As a child, John became interested and studied Audubon at the Cincinnati Library and even took a class in Taxidermy to understand as Audubon did, the inner working and finest details of the animals he would draw and paint. John has had quite an adventurous life full of travel, painting and finding friendships everywhere.


John has been involved in so many causes including the Cincinnati Zoo and Kindervelt helping us raise money for the Cincinnati Children’s Medical Center. Never one to boast, he has done this quietly his entire life, always ready to help a worthy cause. 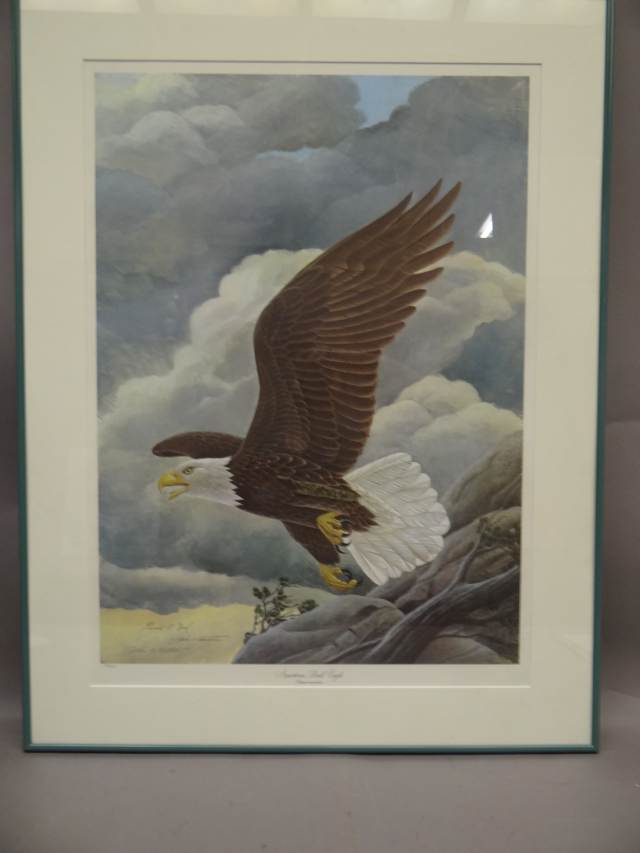 John A. Ruthven painted The American Bald Eagle and presented the original to then President Gerald Ford to commemorate the Bicentennial of Independence. 776 individually numbered, signed lithographs signed by Gerald Ford and double signed by John, were given away in 1977 to Republican donors who gave $10,000 or more to President Ford's election campaign.


The Eagle we have, Item number 132, is especially fine.  It is number 89/776 and has been valued by his own web site www.Ruthven.com  in December 2012 at over $1300.00 for insurance purposes only. This is your chance to own a National Treasure.